In August we had posted about anthropologists doing work in dangerous contexts, highlighting the imprisonment of Dr. Homa Hoodfar in Iran. While Hoodfar has been released, her story highlights how anthropologists can find people and issues to study everywhere. 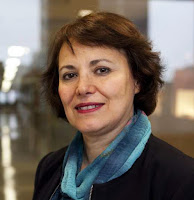 Hoodfar is an anthropologist and professor emeritus at Concordia University (Montreal, Quebec, Canada). Her research has long focused on issues of gender, Muslim women, and feminism in the Middle East and North America. Hoodfar holds Canadian, Irish, and Iranian citizenships. In February this year, Hoodfar travelled to Iran to visit family and conduct archival research. However, before her departure in March, the Counter Intelligence Unit of the Iranian Revolutionary Guard confiscated her personal documents (including passport and research), and subjected Hoodfar to lengthy interrogations that resulted in her imprisonment in June 2016 in the infamous Evin Prison in Tehran. Hoodfar was sentenced to 15 years in prison for "dabbling in feminism" and "trying to undermine the Iranian government." After being held in prison for 112 days, the 65 year old Hoodfar was finally released on humanitarian grounds.

One of the most remarkable aspects of Hoodfar's story is shown in her resilience, and her ability to find and do anthropology everywhere. After her release, Hoodfar discussed in interviews how she began to treat her detainment as an opportunity for ethnographic research in the infamous women's prison.


“I decided, I’m an anthropologist and I’m here, so I can use this as a method of doing anthropological fieldwork,” she told the Guardian. “It wasn’t fieldwork that I had chosen, it was not a project I wanted to write, but there I was.”

The research recast the 30 interrogations she was put through while imprisoned. As she sat facing a wall or a one-way mirror while her interrogators screamed and yelled at her, Hoodfar analysed their choice of words. When they hurled threats at her – “They were telling me, ‘You’ll get 15 years here and we’ll send your dead body back to Canada’” – she contemplated the power dynamics at play.

Although without a pen or paper at her disposal, Hoodfar carefully scratched her notes onto her cell wall using her toothbrush. Following her release, she meticulously wrote out these fieldnotes on the long flight to Oman. Her choice to turn this brutal experience into a research project not only allowed her to express her agency in this highly constraining situation, but also proves that any social context can be a site for anthropological research.

Email ThisBlogThis!Share to TwitterShare to FacebookShare to Pinterest
labels & keywords: Anthropological discipline, Canada, ethnography, gender, Middle East, politics, violence, what can anthro do?
Newer Post Older Post Home
A collection of writings that speak to the anthropological perspective focusing on examples of public issues that we can better understand if we apply an anthropological lens, what anthros can bring to a workplace, and resources for teaching anthropology in and outside of the anthropology classroom... and everywhere else.