The Anthropology of Trump: turning an ethnographic lens on Trumpland

Way back in March we posted about The Anthropology of Trump: It's getting political in here (16 March 2016). In this earlier post, Jenn reviewed Paul Stoller's analysis of Trump's popularity.

"Trump Towns" (Quartz, 22 September 2016), highlights the incredible value of ethnographic research in making sense of social worlds. The insights that Ramsey-Elliot shares about people in small towns across America -- for instance in Texas and Colorado -- help to illuminate how Trump has gained such a vibrant base. What is striking from a methodological perspective, however, is that Ramsey-Elliot wasn't doing working on a project about political values when he learned these things. He was actually working as "an ethnographer with the consulting group ReD Associates, studying the lives and values of truck owners on behalf of a major US auto manufacturer." But, through his daily immersion in all aspects of his research participants' lives, he was also able to arrive at more complex understanding of why this ongoing American election cycle has taken on the character it has. Unsurprisingly, (to an anthropologist, anyway) this has to do with culture. 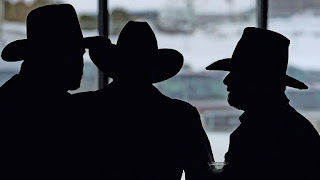 For instance, in teasing apart why so many Trump supporters oppose minority rights (e.g. "“homosexual” and “feminist” agendas") as 'selfish', Ramsey-Elliot argues that the answer is actually not as simple as prejudice alone:


It is true that fundamental prejudice plays a role in some conservatives’ attitudes toward minority groups. It is also true that, to Robby’s family and others like them, groups of people who are actually fighting for basic human rights look like individuals who have decided to elevate their own identities and needs and appear to be calling for special privileges. This idea is anathema in communities that value, and in many ways are structured around, subsuming individual needs and desires for the good of the group. For many I met in rural America, “minority” agendas and the individualism they are seen to represent are a manifestation of a larger problem: the vanishing respect for duty and self-sacrifice for the sake of the local community.

Cultural and structural changes in small-town life have deeply affected long-standing relations of mutual-help and community obligation. In this context, the discourse that Trump employs and his cultivated 'authentic' persona (not unlike that of Toronto's former Mayor Rob Ford) -- even when it is riddled with contradictions -- "feels far more authentic than that of more polished political elites."


[Trump's] frequent appeals to loyalty are a great example of how this works. Loyalty is, by definition, a deeply personal and contingent thing, and it’s a trait he has systematically attempted to build into a pillar of his personal brand (his proven track record of disloyalty is beside the point).  ...
The logic of such appeals to loyalty—contingent, personal, experiential—taps into a deeper reality about how many people relate to each other in rural America.

Ramsey-Elliot, a New Yorker, concludes by arguing that people living on the "coasts" wont be able to understand the appeal of Trump until they gain a more nuanced understanding of everyday life across rural America. In other words, in order to understand these political divisions in America, we need to think like anthropologists about the social divisions.

Email ThisBlogThis!Share to TwitterShare to FacebookShare to Pinterest
labels & keywords: class, community, cultural change, ethnocentrism, ethnography, politics, reciprocity, USA, what can anthro do?
Newer Post Older Post Home
A collection of writings that speak to the anthropological perspective focusing on examples of public issues that we can better understand if we apply an anthropological lens, what anthros can bring to a workplace, and resources for teaching anthropology in and outside of the anthropology classroom... and everywhere else.