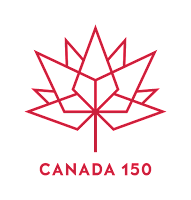 If you live in Canada, you will know that the country has just celebrated its sesquicentennial. You might have even learned the word "sesquicentennial" recently to describe what is the otherwise inescapable Canada 150.

As anthropologists who have studied and taught about nationalism, it has been an interesting year, especially as the celebrations of a settler-society increasingly rub up against demands for the recognition of Indigenous peoples as founders of what is today "Canada," or as other Indigenous people publicly reject this nation-state as illegitimate (as Audra Simpson has so engagingly discussed in her work and life as Kahnawà:ke Mohawk).

The discussions that have emerged around what it means to be Canadian (or what it should mean...) have been fascinating to follow, and raise many important questions for public and ongoing discussion.

Canadian news outlets, for example, recently reported on the billboard message of Just Us! Coffee Roasters in Grand Pré, N.S. (shown right) where the owners of the coffee shop signaled "a reminder of how long this land has been inhabited: "Canada 150. Mi'kma'ki 13,000."

A local newspaper followed up with the owner who stated that the purpose of the message “[w]as meant as, we need to recognize multiple communities in our country and some of them get under-represented, I think,” he said. The Chronicle Herald went on to state that Grand-Pré is (...) located among three Mi’kmaq First Nation communities — Glooscap, Annapolis Valley and Bear River — in the Annapolis Valley. Just Us consults with them for partnerships, and recently began accepting status cards.

There are other settler initiatives that seek to educate other settlers. If one visits http://native-land.ca/ they can find an interactive map that is meant to be used as a resource to help North Americans learn more about their local history. Once there, you can search your address, or add territories to map below and click on polygons to learn more about the past histories and present narratives of where you live and work. On the 'about' page, you can read about why the author has created this resource:


"I'm Victor. I am a settler, born in traditional Katzie territory and raised in the Okanagan. I am concerned about many of the issues raised by using maps and colonial ways of thinking when it comes to maps. For instance, who has the right to define where a particular territory ends, and another begins? Who should I speak to about such matters?
There are over 630 different First Nations in Canada and I am not sure of the right process to map territories, languages, and treaties respectfully - and I'm not even sure if it is possible to do respectfully.
I feel that maps are inherently colonial, in that they delegate power according to imposed borders that don't really exist in many nations throughout history. They were rarely created in good faith, and are often used in wrong ways. I am open to criticism about this project and I welcome suggestions and changes."

In taking a holistic perspective from an anthropological toolkit, we can ask ourselves:


In speaking about this 150 celebration in terms of varying perspectives, one gains the sense that the national celebration that Ottawa is supporting is just one version, one rendition, of a multi-faceted history.

The Scream, on the cover, The Subjugation of Truth, by Kent Monkman (from Pamela Palmater's article in Now Toronto):

Posted by anthro everywhere! at 9:00 AM

Email ThisBlogThis!Share to TwitterShare to FacebookShare to Pinterest
labels & keywords: activism, Canada, colonization, cultural relativism, indigenous peoples, race & racism, representation, systemic inequality, what can anthro do?
Newer Post Older Post Home
A collection of writings that speak to the anthropological perspective focusing on examples of public issues that we can better understand if we apply an anthropological lens, what anthros can bring to a workplace, and resources for teaching anthropology in and outside of the anthropology classroom... and everywhere else.